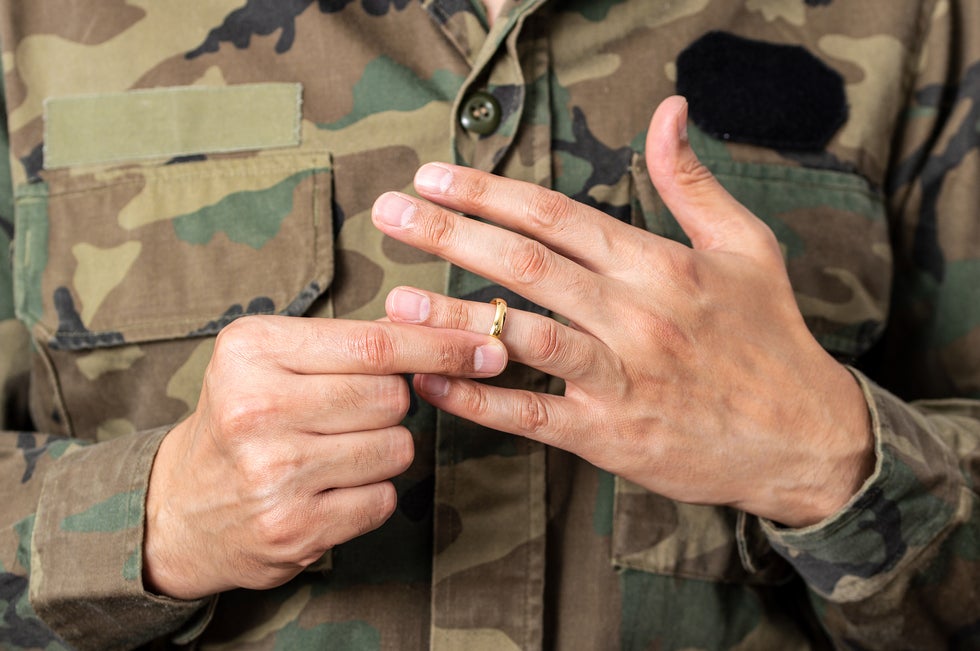 When one or both spouses are members of the Armed Services and one or both of you are considering a divorce, the mere fact that you are in the military adds an extra layer of consideration. There are unique issues that must be addressed. How you address those issues and under which jurisdiction will greatly impact the outcome of your divorce.

At Stone, Britt, & Webb, LLC, our family law lawyers in Alabama understands the unique issues associated with military divorces and, when representing you, will plan for any and all contingencies that may arise. Whether or not you are the spouse in the military and whether or not you are the one filing for divorce, contact our office today at 334-517-6520 to learn about military divorces and get a good understanding of how we will help.

What Is a Military Divorce?

A military divorce is a divorce where at least one of the spouses is serving or has served in the military. These divorces have unique issues that are not present in civilian divorces, including the determination of jurisdiction and the division of the military pension.

Who Has Jurisdiction over Military Divorces in Alabama?

When civilians divorce, determining the proper jurisdiction in which to file the divorce is fairly straightforward because they simply file in the county of the state where they reside––so long as they satisfy any other state or local residency requirement. Members of the military, however, may reside in one place temporarily but have another place as their official residence. This reality complicates matters, which makes determining jurisdiction more difficult. In most military divorces, there are three options available for filing a divorce proceeding.

For example, if a spouse who is in the military is stationed in California but claims residency in Virginia but their non-military spouse has moved out and now lives in Maryland, it's possible that any of those three states could be a proper venue for the dissolution of their marriage.

Determining the proper state in which to file for divorce is a question that can be addressed by a family law attorney that has experience in military divorces. It's important to consult with a divorce attorney because how property is divided and how things like parenting time and spousal maintenance are determined will vary according to each of these three states, and that may or may not work to your benefit.

How is Property Divided during a Military Divorce?

The division of property in a military divorce can be a complicated matter. Military retirement pay is highly litigious, as the soon-to-be-ex spouse typically requests at least a portion of the service member's retirement pay. Many former military spouses also request that they continue to receive benefits after the divorce, especially since benefits through the military are particularly good. There are a few specific things to keep in mind with regard to retirement pay specifically and benefits generally.

Under the Uniformed Services Former Spouses' Protection Act (USFSPA), codified at 10 U.S.C. § 1408, there is what's known as the 10/10 rule. This rule applies when the spouses were married for 10 of the years that one spouse was serving active duty in the armed forces (10 years of marriage/10 years of service). If this 10-year requirement has been met, the Defense Finance and Accounting Service (DFAS) will send a portion of the retired member's retirement to their former spouse. If the 10-year rule has not been met, DFAS will not become involved and will send the full retirement amount to the military member.

Many former military spouses want benefits, such as Tricare insurance, to continue after the divorce. For this to occur, the spouses must have been married a minimum of 20 years of the military member's time in service. This is commonly referred to as the 20/20/20 rule: 20 years of marriage/20 years of military service/20 years of overlap of marriage and service.

Division of Other Property & Military Divorces

Often, the division of other types of properties is determined by the law of the state where the divorce is filed. This includes residential properties, stocks, and vehicles. Because of this, it is very important to consider the pros and cons of filing divorce papers in every potential state.

What Happens to Child Custody after a Military Divorce in Alabama?

If you have children, a military divorce can be considerably more difficult. The question of custody, also referred to as parenting time or child allocation, is dependent on what's in the best interest of the child. But there is the added potential that one parent––the active duty parent––may have to move from time to time. Relocation could be to another location within the state, another state, or even another country. Oftentimes, the child custody order will reflect the laws of the state where the divorce petition was filed. When the military parent must move, the court will typically update the custody order to reflect the same.

Proactively, when creating a parenting plan, the parents can incorporate the various possibilities that may arise specific to the service member and deployment. They can also create an alternative parenting plan that addresses these same issues.

Further, the military requires a Family Care Plan when any of the following situations exist:

Determination of property division, support, custody, and other matters in a military divorce requires the knowledge and experience of an attorney familiar with military family law, as this can be a very specialized area. At Stone, Britt, & Webb, LLC, our divorce lawyers in Wetumpka will guide you through the process. Contact us at 334-517-6520 or complete our online form to schedule a confidential consultation today.

Thank you for contacting us. We will get back to you shortly.

Please complete all required fields below.

We'll gladly discuss your case with you at your convenience. Contact us today to schedule an appointment.